NOT everything in the Celtic Park array of trophies and memorabilia can be classed as a work of art.  The spectacular painting of which a section is reproduced below certainly qualifies, though – and there is a curious story behind it.

The painting was unearthed a number of years back by former director, Tom Grant, amongst a long-forgotten cache of club artefacts.  Almost undistinguishable through the ravages of time and inappropriate storage, it was due to be thrown out until, on a whim,  Mr G decided to send it for restoration instead.  You can imagine his delight at discovering what he had stumbled upon.

The subject of the painting is the White Star Line’s “RMS Celtic”, a sister ship and predecessor  of the ill-fated “Titanic”.  The “Celtic” was launched in April 1901, made her maiden voyage from Liverpool to New York on 26 July of that year and and was the largest ship in the world at the time.

Before and after being commissioned for wartime service during the First World War (in the course of which it narrowly survived explosive encounters, first with a mine in 1917 and then a U-boat torpedo the following year), the majestic liner ploughed the transatlantic route, sometimes docking at Cork, in the far south of Ireland.  It foundered on the rocks at Roche’s Point, off Cobh Island, while attempting to dock during a storm in December 1928.  In the course of the subsequent salvage operation, many of the ship’s fittings mysteriously found their way into the homes and premises of the little village of Ringaskiddy, near Cork, including the ship’s bell, which ended up in the oratory of the local church.

During a later tour visit, which included a match against Cobh Ramblers, Celtic directors tried unsuccessfully to buy the historic bell, on account of its intriguing link to the club.

The origin of the ship’s name, the identity of the artist and exactly how the stunning painting came into Celtic’s possession are not recorded, as far as we are aware; but it is a fascinating piece of memorabilia that links our club to the vintage era of transatlantic passenger crossing in the early years of last century. 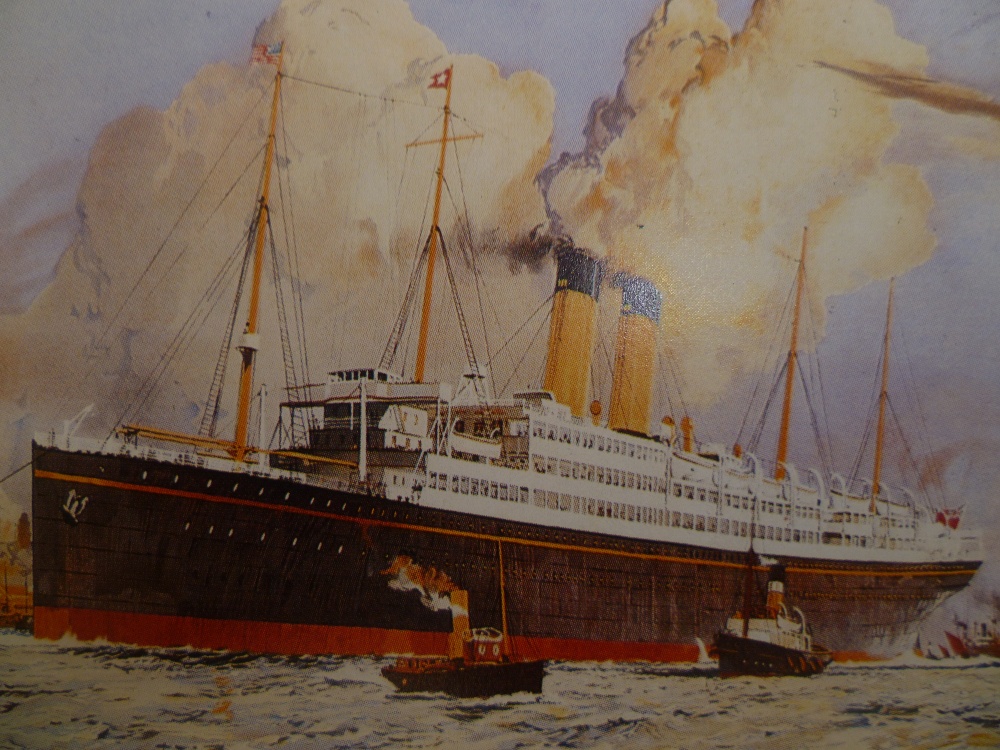