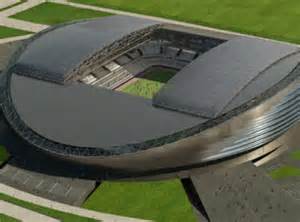 AT the risk of being labelled even more “incurably green” than Nellie in “South Pacific”, I see absolutely no reason why we should not today be confidently looking forward to the looming Champions’ League Group draw and the stirring strains of Zadok the Priest again booming out over Celtic Park.

After all, it was only suicidal schoolboy “defending” that denied Celtic the positive result we had all been hoping for in the imposing Astana Arena. Well, that and pathetic, powder-puff “finishing”, which surely cannot be replicated at Parkhead next week.

What would Billy McNeill, Paul Elliot, Bobo Balde … or even Stan Varga … have made of yesterday’s catastrophic central defending, if they were watching – as at least one of them most certainly would be?

How gleefully would Gary Hooper,  Henrik Larsson, Kenny Dalglish, Joe McBride, Jimmy McGrory … or even Andy Walker … have dispatched the succession of gilt-edged scoring opportunities that would have put the Hoops on qualification  Easy Street?

Would Ronnie Simpson, Willie Miller, John Thomson … or even Karl Muggleton … have stood idly by on their line at that disastrous, shambolic first goal, with the ball hanging tantalizingly in the air just a step away from their gathering arms?

Rhetorical questions all … but highly relevant in the cold, harsh light of yesterday’s events – and those shortcomings cannot, MUST not, be repeated in the second leg.  Otherwise, we will be justifiably consigned to the comparative dustbin of the Europa League. Now, I would reluctantly have settled for that second prize if we were talking about falling to opponents worthy of our scalp; but not to a bunch of well-drilled and even better-briefed journeymen who took to the field with a hit-and-run plan that they were ALLOWED to execute to perfection and to our acute embarrassment. It just doesn’t bear thinking about.

So, come on, you Bhoys in green … you owe us all big time. Let’s do a Kokkola on Shakhter next Wednesday and restore some sanity to this sorry situation we’ve landed ourselves in.